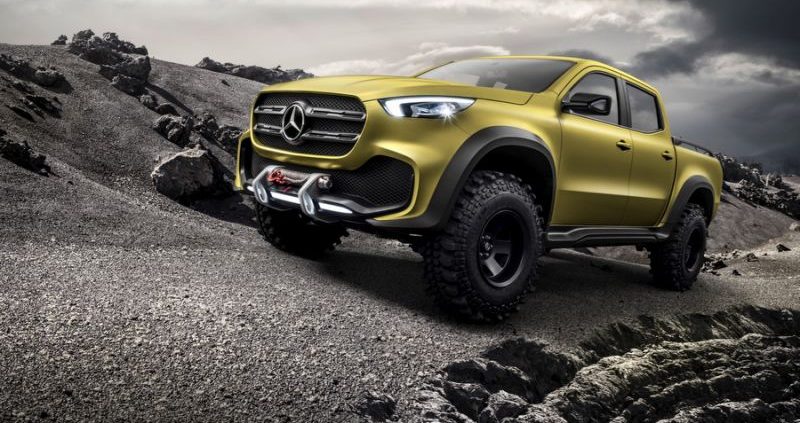 Mercedes is open to selling a truck in the U.S., but it won’t be anytime soon

Putting an end to recent rumors, Mercedes-AMG has announced it’s not interested in building a hot-rodded version of the upcoming X-Class pickup truck.

AMG currently offers high-performance variants of large, heavy off-roaders like the G and the GLS, but the X-Class is a completely different story. Company boss Tobias Moers revealed to Australian website Motoring that the truck isn’t a candidate for the AMG treatment because the demand for a sporty pickup simply isn’t there right now. That could one day change; two decades ago the idea of an AMG-badged G was ludicrous.

At launch, the X-Class’ most powerful engine will be a Mercedes-sourced 3.0-liter turbodiesel V6 tuned to send 254 horsepower and a stout 457 pound-feet of torque to all four wheels via an automatic transmission. Less powerful four-cylinder engines borrowed from the Nissan parts bin will also be offered.

More: Mercedes-AMG says electric models are a when, not an if

A separate report confirms Mercedes-Benz has ruled out selling the X-Class in the United States — at least in the foreseeable future. After it’s unveiled in 2017, the truck will go on sale in dozens of markets around the globe including Europe, Latin America, Africa, and Australia. The brand will closely monitor how the truck performs in each region and what kind of buyers it attracts.

How well the truck sells in its first few years on the market will play a large role in determining whether Mercedes breaks into North America’s hotly contested pickup segment.

“It’s the biggest segment we’re not in. It’s overall an attractive, huge segment, but we need to make sure it’s the right time for Mercedes,” Mercedes USA CEO Dietmar Exler told Automotive News.

The production version of the Mercedes X-Class will debut in the coming months, so the second-generation model will not arrive here until well into the next decade if it gets the green light for production.