The future of the car is electric, and BMW knows it.

It’s no secret BMW’s 3-Series sedan has grown over the years. Despite its ongoing reputation as a capable, engaging sedan, the latest generation 3er has transformed into more of a mature German luxury machine, pushing the driver experience to the wayside.

The 330e iPerformance is perhaps a prime example of what BMW currently stands for. It’s a plug-in hybrid packed full of new technology, meant to draw in buyers that don’t necessarily care about the car’s driving attributes, but rather want the latest gadget to spice up their commutes. Like the i3 and i8, the 330e is more future tech test-bed than classic BMW sports sedan.

And that’s not necessarily a bad thing. In addition to the 180-horsepower 2.0-liter turbo-four engine taken from the 320i, the 330e houses 7.6 kWh worth of lithium-ion batteries under the trunk floor. Thanks to the attached 87-horsepower eDrive motor, it’s able to travel up to 14 miles purely on electric thrust. To most, these numbers might sound a bit gimmicky, but in the real world, you’d be surprised just how far that range can get you. 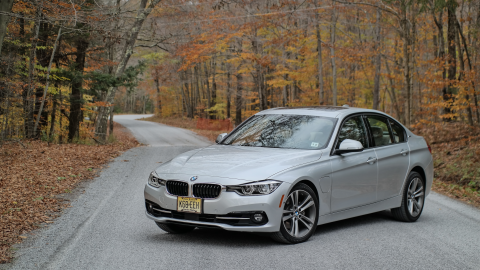 Surprisingly, the 330e still acts like the luxurious sedan we all know and love when driving around town in EV mode. It’s quiet, refined, and rides over bumps without so much as a shutter. And if you really need to go for that gap, inputting more than half throttle seamlessly fires up the gas engine and gives you full acceleration at a moment’s notice.

The $16,545 worth of options on our $60,245 tester gave us a lot to play with. Park distance control, blind spot detection, side and top view cameras, active cruise control, and a neat head-up display are just some of the toys available to make your A-to-B more than just a mindless drive.

But where the 330e excels at selling its tech, it ultimately falls short of living up to what made the 3 Series great. That hybrid system, while improving range and efficiency, adds 350 pounds over a standard 3er, resulting in a rather sizable 3900-pound curb weight. It’s when you start to throw it around some corners do you notice the extra heft, and the wafty suspension isn’t very happy with quick changes in direction. 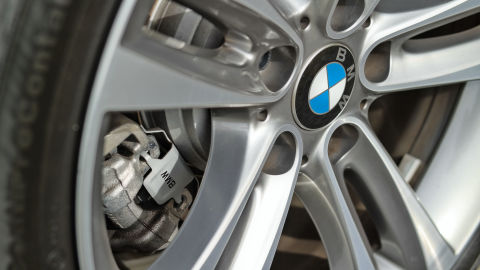 Because this is a hybrid, BMW uses a regenerative braking system to help collect electric energy when the 330e isn’t accelerating. While certainly functional, the feel from the brake pedal can be strangely artificial and inconsistent. The stopping power is adequate, but having the feeling that the pedal isn’t physically connected to anything can be disconcerting.

These faults certainly don’t make it a bad car, though. BMW still knows how to develop a delightfully balanced chassis, and the throttle response is ultra sharp in Sport+ mode thanks to that instant electric twist. The 248 horsepower and 310 lb.-ft. of torque from the combined engine and eDrive unit are enough to get the 330e from 0-60 in an impressive 5.9 seconds, just a few tenths off the comparable 330i. The electrically assisted steering, while still slightly numb, provides a lot more feedback than it did in previous iterations of the F30 chassis. The proven 8-speed ZF automatic transmission delivers quick shifts both up and down the gear range, though strangely, upshifts 250 rpms before the indicated 7000 rpm redline, no matter what mode you’re in. 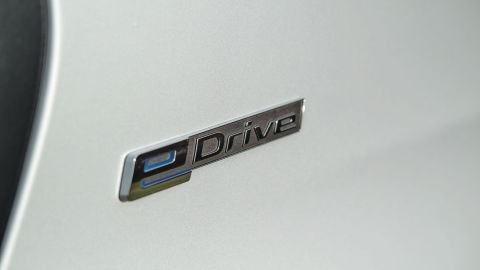 The current F30 3 Series just isn’t on the same level of driver engagement as the last generation E90 model, but BMW made some definite improvements with the refreshed 340i. The 330e is different, though, because its design focus isn’t about the sporty driving experience. It’s all about the tech.

This kind of rolling demonstration is something we’re going to see more and more as BMW pushes its i electric sub-brand further into the market. Cars that can perform adequately well compared to their gasoline-only equivalents, but provide that all-important EV functionality so many young buyers are hankering for. It’s the future of the market, and BMW knows it.